A new Internet of Things company has quietly entered the market this year and is already making big waves in a highly competitive space. ‘Internet of Things’ is a relatively simple concept. Physical devices – from water tanks to fridges to lighting systems – can be fitted with sensors and other technologies to allow them to be controlled or monitored over the internet.

When this technology first unceremoniously gained consumer attention in the early 2010’s, it was largely seen as a bit of a gimmick. IoT bottles that tracked your water consumption or kettles that could be turned on via an app didn’t really seem like innovations the world desperately needed. But one Tasmanian company has been quietly working in the background to breathe fresh life into the space – reimagining the untapped potential of this powerful technology.

Telemetry2U have only been selling their new products since the start of the year, but already they’re being noticed. Their secret? Combining ‘IoT’ philosophies with a powerful new networking technique called ‘LoRaWAN’; a radio-frequency based data transfer protocol that, unlike regular WiFi, has an extremely long range and very low power consumption. 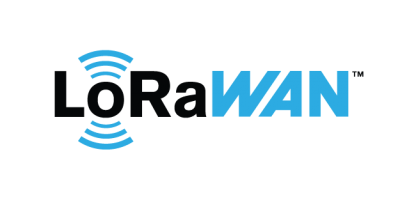 “The farther away a device is, the more need there is to be able to monitor it” explains Telemetry2U co-founder Adrian, “That’s what got us so excited about LoRaWAN – finally we had something that could turn IoT into something truly useful. ”

Life-long tinkerers and makers, Adrian and Peter immediately began brainstorming ideas that could help automate tasks in their own backyards. Level sensors for Adrian’s goats’ water troughs and gate sensors with alerts if someone left them open accidently were among their first inventions.

“It all just ballooned from there”.

Now, Telemetry2U have solutions for hundreds of different applications. They’ve left the backyard and entered laboratories, hospitals, fisheries, farms and more. With Telemetry2U’s technology, equipment can be monitored in real time to provide business owners and operators with data on their most critical infrastructure.

Take vaccine fridges, for instance. Many vaccinations need to be stored at very precise, and very stable temperatures. A simple temperature probe connected to a Telemetry2U gateway now gives healthcare workers complete oversight into any fluctuations, and even sends alerts if temperatures start to rise even slightly. The same temperature sensors can be used in greenhouses, cool rooms, incubation chambers and more – all hooked up to the same simple LoRaWAN technology, and checked on at any time, from anywhere. It doesn’t stop there – Telemetry2U have gas detection systems, conductivity and depth sensors, water level meters, pH meters, ventilation systems, leak detection systems, security systems and even monitors for soil health now linked to their new software platform and are constantly on the hunt for more.

Imbros is proud to be Telemetry2U’s first choice of supplier, and we look forward to working with this brilliant, 100% Tasmanian-owned business for years to come.

Any enquiries can be sent to info@imbros.com.au, or check out the catalogue today.